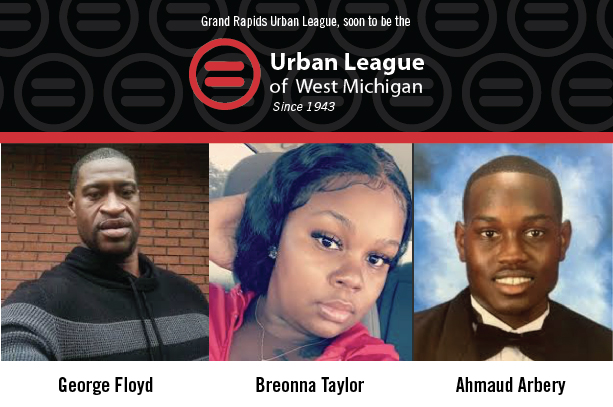 Communities around the country are overwhelmed with grief and heartsick over the inhumanity we all witnessed in the recent deaths of Breonna Taylor, George Floyd and Ahmaud Arbery. It is absolutely appalling to witness the callous response from the authorities who have shrugged in the face of evil.

Cities across the nation, actually from around the world, have erupted in rage and despair. We support and share the anguish of protesters, and the heartbreak demonstrated in Grand Rapids and in all communities where uprisings regrettably turned violent. But, let’s be clear, we support the constitutional rights of citizens to engage in peaceful protest. We condemn the use of excessive force to dispel demonstrations.

It is unfortunate that there are those who have infiltrated the peaceful protests, acting to incite violence and mayhem. No one should assume they are the same people, and we refute any attempt to discredit or dismiss the just cause for which people are marching based on infiltrators bent on sabotage.

We are hearing what Martin Luther King, Jr., famously called “the language of the unheard.” When George Floyd begged for his life as Minneapolis Police Officer Derek Chauvin pressed his knee into Floyd’s throat, he was unheard. The onlookers pleading with Chauvin to stop were unheard.

The cries for justice have gone unheard long enough. The long-overdue arrests of Ahmaud Arbery’s killers and now all four of the officers involved in George Floyd’s death are merely first steps in a long journey. The Urban League nationally has proposed specific recommendations for police reform and accountability (read the full report here). These include the widespread use of body cameras and dashboard cameras, revision of use-of-force policies, officer training and hiring standards, and the immediate appointment of independent prosecutors to investigate police misconduct.

We say to the protesters keep raising up your voices for justice and don’t give up the fight. Take action and seek concrete changes, and by all means, please VOTE!

Voting is our civic responsibility and we owe this action to all of the George Floyds, Breonna Taylors, Ahmaud Arbery and countless others that have been cut down unnecessarily early in their lives. The protests today will require us to march to the ballot box and say “Never Again!

In solidarity and with our sincere thanks to the Urban League of Detroit and Southeastern Michigan and all of the affiliates of the National Urban League.