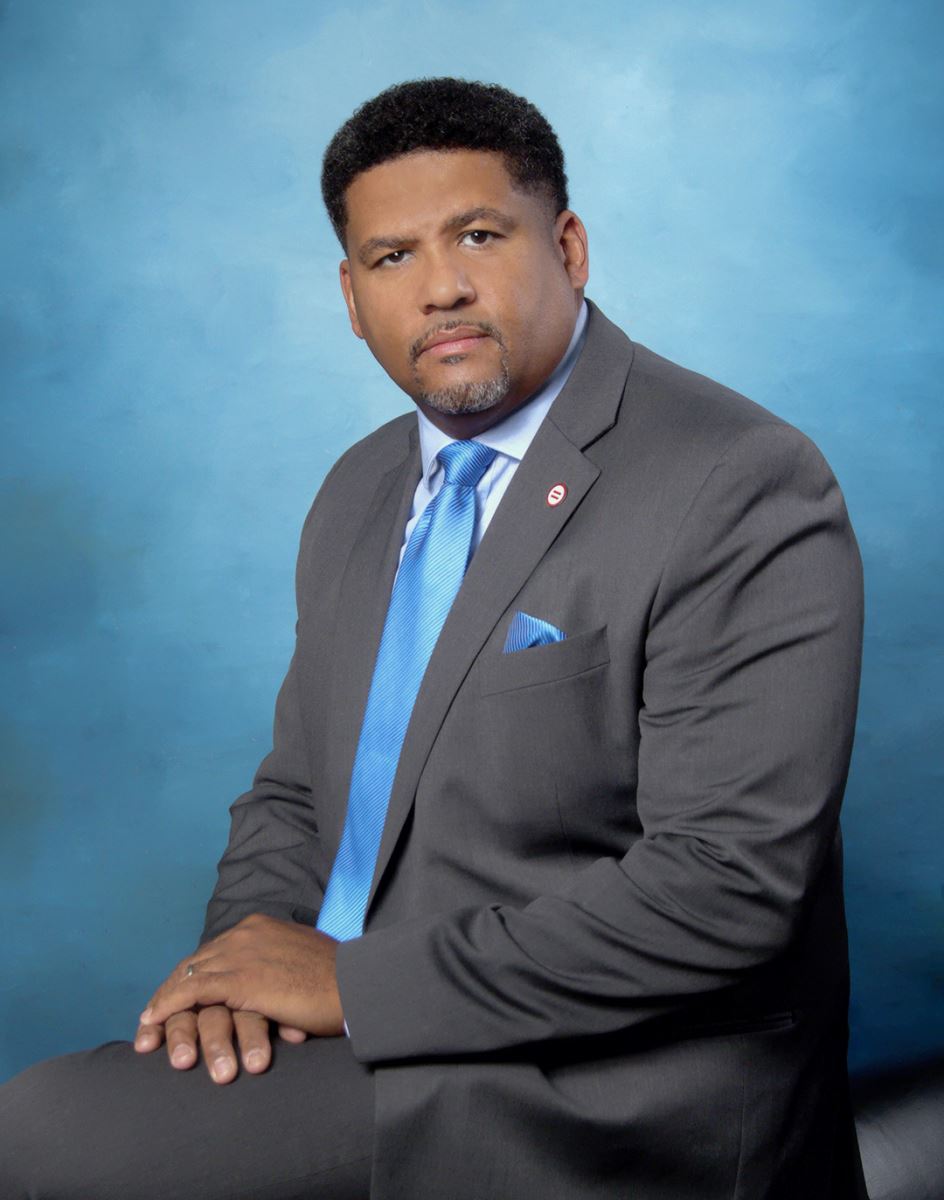 The Urban League of West Michigan‘s Board of Directors has selected Eric D. Brown as its new President and Chief Executive Officer, effective October 14.

A visionary leader, non-profit administrator, and fierce advocate for racial justice, Eric is no stranger to the Urban League movement.  Regarded as one of the “brightest college interns I have had the privilege to mentor,” Interim President and Chief Operating Officer, Brenda Moore, said as she fondly remembers Brown when he served as an intern during his early college years. “Even as a young man, Eric was driven to succeed and possessed a keen business sense and an entrepreneurial mindset.”

Brown, is taking on this newest endeavor as the historic organization’s eighth president in its nearly 80-year history. With a multidisciplinary business and operations approach, he brings a history of strong, steady, and stable leadership to his new role along with more than 15 years of experience working with diverse institutions. He assumes the helm at a time when not only our city, but the nation as a whole commits to addressing institutional racism, economic, academic, and health disparities, and issues of social and economic justice.  His laser focus on improving the quality of life for individuals and families-of-color throughout West Michigan are exactly what the Urban League needs as it enters its next chapter.

“The board conducted an extensive, national search to identify an exceptional leader who will build on the Urban League‘s track record of success and take advantage of the many growth opportunities across our area to work towards racial equity,” said Board President, Lynne Jarman-Johnson. “We are excited to have found that person in Eric.  He is a results-oriented executive who has aggressively led organizations through periods of change through his innovative and strategic leadership.”

Coming into the Urban League, Brown brings his track record of leadership skills, operational, nonprofit and corporate expertise.  He previously served as the Finance Director for LINC UP, a non-profit housing corporation; Sr. Director of Business Strategies for the Heart of West Michigan United Way; and served as the first President of the West Michigan Minority Contractors Association.

“It is an honor to come full circle and now lead the organization as CEO, “said Brown.  “The Urban League has proven itself as a powerful voice in the fight for civil rights, and we are better positioned than ever to face the work ahead. I step into this role with great optimism for the future of the Urban League, a shared responsibility to serve our citizens and our community and a commitment to drive long-term sustainable value for those who call West Michigan home.”

The Urban League, a multi-service, non-profit, impact organization founded in 1943, has a long established reputation and overarching goal of promoting social and economic stability among African-American families and others, as well as advocating for and working to achieve racial equity throughout Grand Rapids and Kent County. Its range of programs have benefited people in need of such essential services as employment/career development, housing/homeless prevention, education, scholarship and youth development, health/wellness and citizenship education.

Originally a historic civil rights organization, the League now serves persons from any racial background and all economic levels—from low to moderate incomes, to those living within designated “fragile” and low-opportunity neighborhoods. The Urban League is one of the city’s oldest and largest community-based movements devoted to empowering African Americans to enter the economic and social mainstream.