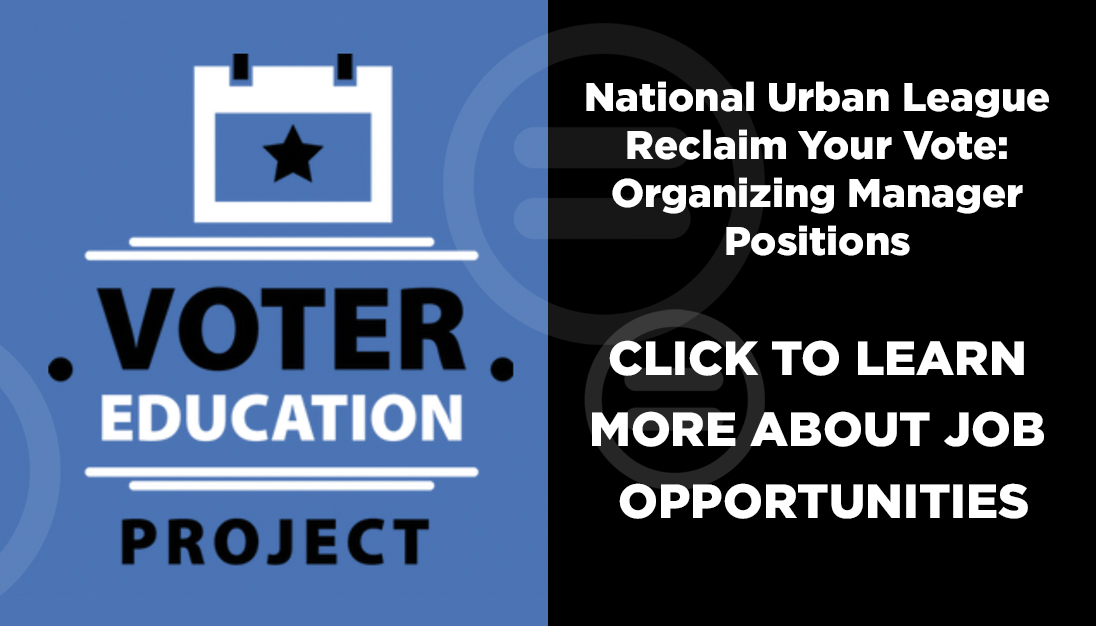 View the job descriptions and hiring links below for The National Urban League in association with The Urban League of West Michigan  - 2022 Reclaim Your Vote program. This is specifically for an Organizing Manager role where they will mainly perform voter outreach efforts including phone banking, canvassing, event programming, and texting. This position is paid at $3000 a month.

If interested, or know someone who would be, please take a moment and visit:

Hiring for these roles in Michigan: